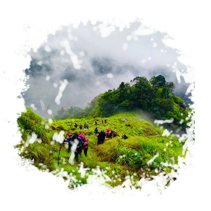 Kakkadampoyil one the best hill station in calicut and near malappuram, 2300 feet above sea level. you can make so many activities in kakkadampoyil . Best Resorts in Kozhikode

Sattva the Best Resorts in Kozhikode for Meditation and family

We also facilitate OSHO No Mind and OSHO Born Again Meditative Therapies, as well as courses and workshops on Sufi, Tai Chi, Reiki, Gurdjieff Sacred Dances etc, and therapies for the modern man.

Osho Pyramid hall is a marvel of architecture. This concept is one of Osho’s gifts for the modern man: people sitting in a pyramid hall for meditation. One who meditates in this huge structure every day feels rejuvenated and recharged after each meditation. After all, there is a healing energy; very serene and blissful.

ou can get more details in official website: http://sattvaresort.com/

Much scientific work is being done on form. They say pyramids have a certain form which helps ensure wellness. You can sit inside a pyramid and have new experiences that you may not experience outside. This is because the form of the pyramid gives a certain shape to space, which gives certain salubrious vibrations.

WHAT IS SO SPECIAL ABOUT A PYRAMID?

Now much scientific work is being done on form. Now they say the pyramids have a certain form which helps. You can sit inside a pyramid and you will have new experiences that you may not have outside, because the form of the pyramid gives a certain shape to space, gives a certain vibration. “

” If you want to go deep in meditation, it will be easier under a pyramid, because you will need less food, less water. You can go on a long fast inside a pyramid more easily than outside. You can live with minimum expenditure of energy. Even when the body is gone and dead it can be preserved by the pyramid.” – Osho

You can get more details in official website: http://sattvameditationresort.com/

Encourage the users to leave their e-mails.

×
Let them know what kind of content they will receive.